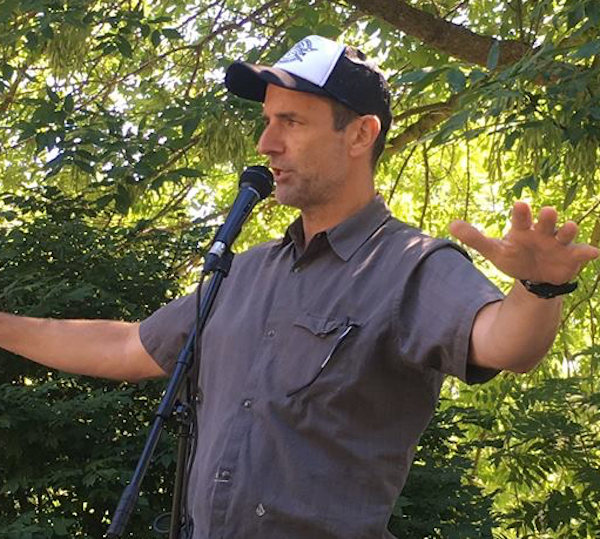 Brad Woods has told stories to all ages at festivals, theatres, conferences, prisons, churches and pubs all over North America and the UK. He tells traditional tales, literary classics and personal stories. His stories have been featured in a variety of broadcasts and publications including CBC Radio 1 and in the Globe and Mail.

Brad is a former director of the Storytellers School of Toronto, has been featured at the Yukon International Storytelling Festival, was the first Canadian featured at the Los Angeles Storytelling Festival and was the the recipient of the Alice Kane Award for Storytelling. He used the latter award money to travel to Lesotho (Southern Africa) to tell, trade and collect stories on behalf of Bracelet of Hope. He has released 3 CD's full of original material. Brad is a member of the Great Wooden Trio and continues to collaborate with a wide variety of artists. Brad is a true gift to Guelph.
Brad at Tea 'n' Tales July 6, 2018